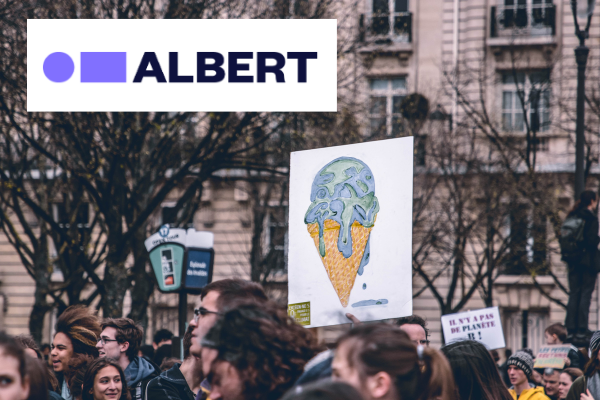 The government recently announced a new Ten Point Plan for a Green Industrial Revolution to accelerate our path to net zero by 2050, meaning ‘Content for Climate’ led by Albert on 19th November, was timely.

Albert supports those working in film and TV to understand their opportunities to create positive environmental change. Today’s session focused on how to change climate change through content, with an overview of their recent report and panel discussion with commissioning editors from some of the UK’s leading TV channels and climate expert, Angela Francis.

The event started with an overview of Albert’s latest report, “Subtitles to Save the World”, which analysed a year’s worth of subtitling data for evidence of the words ‘climate change’ amongst other terms, from multiple genres across BBC, ITV, Channel 4, Channel 5 and Sky. Shockingly, the study showed that the words ‘climate change’ appeared fewer times than words such as ‘rhubarb’ or ‘rat’ which were mentioned more frequently. In response to these statistics, Aaron Matthews, Head of Industry Sustainability at Albert and Sustainability Lead at BAFTA opened with the question, “How can we navigate the potential impact of this on humanity if we’re not talking about it?”

Kicking off discussions, Angela Francis, Chief Advisor of Economics and Economic Development at WWF, reflected on the report in the context of 2020 and considered how to move forward from this historic year. “The impact of Covid will cause the biggest global recession since WWII, twice as big as the financial crash of 2008” she said, “but as was proven post-WWII, these recessions can spark incredibly positive change, both socially and economically, and now is a pivotal time to decide what future we want to live in.”

Francis went on to reference climate economist Professor Lord Nicholas Stern who surveyed financial leaders on the best policies to recover from covid-19 and discovered that the most desirable and successful ways to recover were climate-positive. She agreed that TV and film should be taking a role in helping audiences navigate these changes and increase their understanding whilst helping them feel hopeful and inspired.

The discussion opened out to the panel; Lara Akeju, Commissioning Editor at ITV daytime; Fiona McDermott, Head of Comedy at Channel 4; Richard Watsham, Director of Commissioning at UKTV and Manda Levin, Senior Commissioning Editor at BBC Drama, who were asked to talk about to how environmental content interacts with their respective departments. Whilst the panel had differing perspectives through the unique genres they worked in, all had a common objective to include these messages in their programming, with Richard Watsham explaining that these themes were taken into consideration across all programme genres at UKTV.

In the case of BBC drama, Manda Levin said it was clear that the content needed to look these issues in the face without becoming too ‘dystopian’ as well as ensuring content was appealing to the audience without making them feel powerless. Fiona McDermott said it proved difficult to include these messages in comedy as it was not traditionally the place to educate people, however, that it was important “to find the comedy in the anxiety” and that “the more this subject is normalised, the more we can approach it with humour”

Lara Akeju came at the subject from a daytime entertainment perspective and talked about the positive impact of community and connection through live programmes. She flagged that a lot of ITV daytime consists of quizzes and cookery shows, both of which can inform and inspire people with environmental content.

Albert went on to show some Planet Placement case studies, including scenes from ‘I May Destroy You’, ‘Comedians Giving Lectures’ and a children's choir singing a song about saving the planet on ‘Britain’s Got Talent’. (More case studies can be found here.) The question was then asked of the panel- how is Planet Placement being encouraged?

Manda explained that a sustainability consultant was always in the writer's room at the BBC and reiterated that ‘CliFi' could only be done once, and a more intelligent approach was needed. She went on to talk about the power of metaphor in scripted drama to talk about things that matter and how we can use metaphor to make these issues stand out.

It was agreed across the panel that anything multigenerational – where a cast can come together and talk about how they come at the same problem - is a brilliant thing to do in TV. The example of factual entertainment such as ‘Gogglebox’ came up, where huge subjects could be discussed across age, class and background in a relatable way.  Fiona McDermott commented that “All the current affairs / ‘Dispatches’ shows in the world will not win hearts and minds”

Lara Akeju considered the point “What if the next big thing is a million little things?”, explaining that ITV’s daytime shows are feel-good and aspirational, showing successes rather than fear. She used an afternoon show with Alan Titchmarch doing his recycling as an example, the message being, “do this as it will make you happier.”

This conversation invited an audience comment saying that there is a huge focus across TV and media on the risk of climate change and asked whether we should now start to talk to audiences about the benefits instead, rather than the cost. The panel agreed that it was important that we needed to bringing positive stories that people want to see, as fundamentally, we want to entertain people.

One audience member asked if it was time for ‘naming and shaming’ or an equivalent to the Bechdel test for those talking about sustainability, which launched an interesting debate around the potential impact of this with the rise of cancel culture, as well as managing the mixed economy of being a public service broadcaster vs an entertainment channel. It was agreed that some of the escapism of the shows that are enjoyed the most (i.e., luxury or travel) can be against sustainability goals, but the best approach would be to change the messaging of these shows and talk about how to authentically track their journey to becoming more sustainable. Top Gear was used as an example, with recent episodes covering electric vehicles.

Angela Francis offered some closing reflections, explaining that we are now past the ‘awareness’ stage with this issue. “‘Climate Outreach' have reported that there has never been a topic the public are so agreed on,” she said, “how we approach solutions is what we need to take forward.”

The panel finally considered COP26 – the United Nations Climate Change Conference taking place in Glasgow in 2021, which will put the UK in the spotlight. Fiona McDermott mentioned that Channel 4 are planning to commission shows around this event and made a case for a cross-broadcaster collaboration to approach this. The conversation ended at this point, with much enthusiasm for Fiona McDermott’s point, and hope that this idea would be taken on board by the panel. 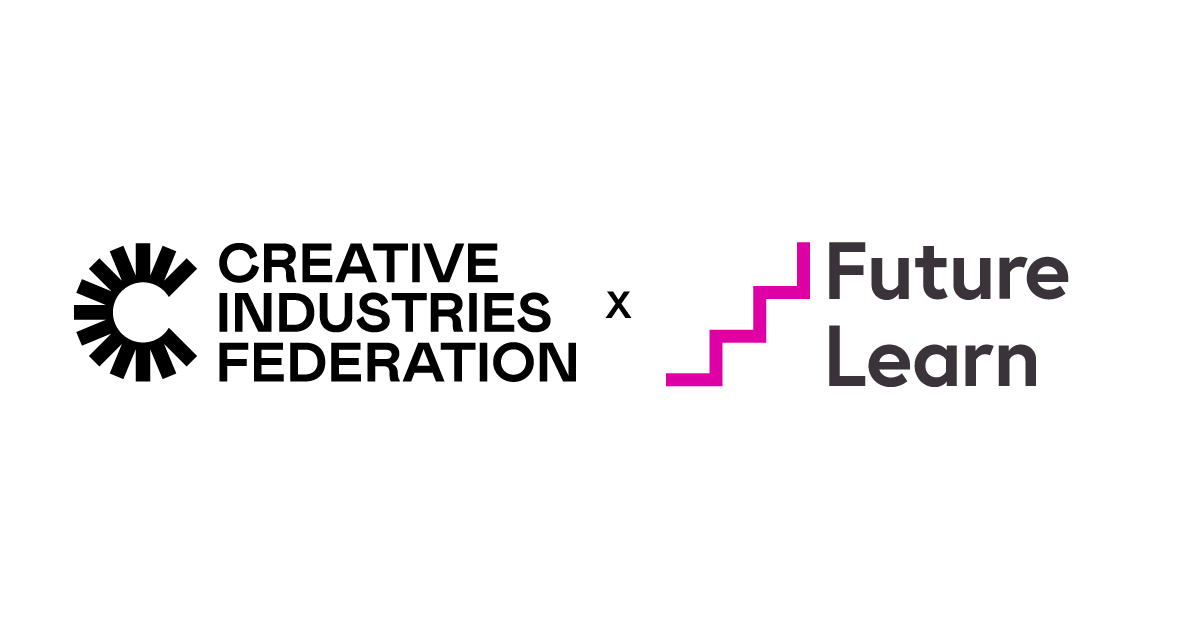 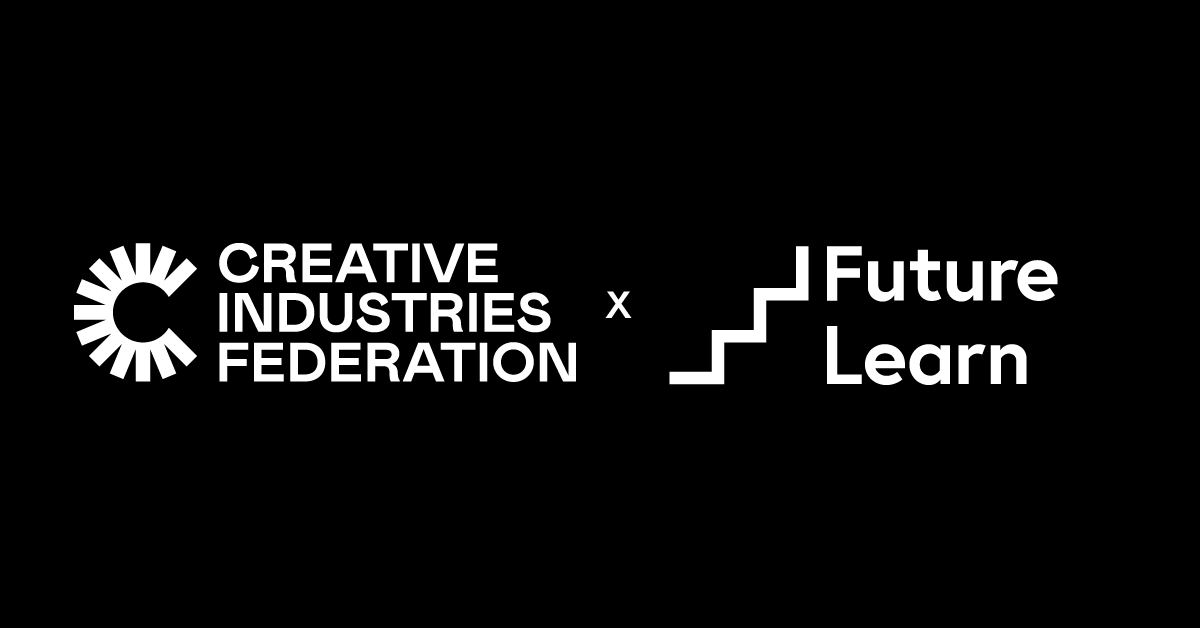