In the latest of our Diversity Spotlight series, we pick the brains of CEO and Artistic Director of Create Studios, Shahina Johnson. Create is an award-winning digital media organisation with a glowing track record for diverse talent development, recently celebrating its 35-year anniversary and preparing for an exciting year to come. We talk about the heritage of the organisation, what it means to be a CIC, the benefits of having a diverse workforce and what Shahina finds to be the most rewarding part of supporting the next cohort of creative talent. 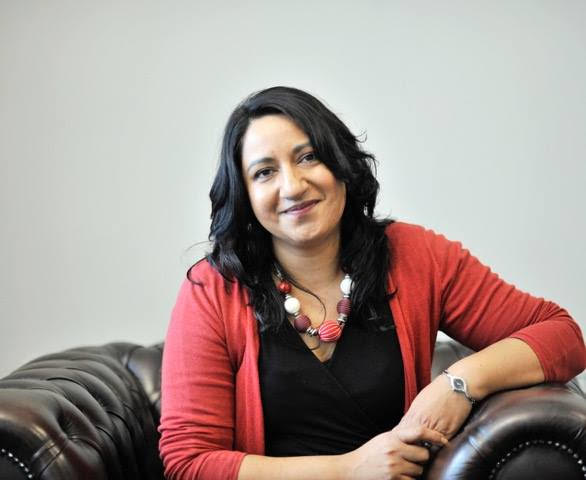 Fed: Tell us more about how Create Studios came to be…

Shahina: Create began 35 years ago and has always been based in Swindon. It began as a kind of pilot experiment that the government were rolling out in a few places across the country. It was very much about giving access to film and video-making equipment and training to communities and young people, which at that time was really unusual. We’re so used to people being able to make media on their phones or laptops now but at a time when the idea that unless you’ve had access to specialist equipment you just couldn’t express yourself with moving image, it was really quite revolutionary.

The pilot was successful and was supported by the local authority and Create was actually part of Swindon Borough Council until 2014. So, we had 30 years of being really strongly linked to education, community groups, to producers of all kinds by having that position. It was a blessing because being linked to an authority and their agendas we had that direct access to real people doing real things, which is a very strengthening position.

That is where our heritage is. We’ve moved with the times and technology obviously; the kinds of equipment and facilities and expertise we share have changed completely over those 35 years. The heart of using media for real people to share real issues and real stories - which links closely to the contemporary Black Lives Matter agenda - and giving voices to people is something we’ve been doing the whole time.

Fed: Tell us more about your CIC model and what it means to be a community interest company…

Shahina: We’re really proud to have run a not-for-profit Social Enterprise model over the last 6 years. It means that we take income from our paid professional commissions that we deliver for a range of household names, including National Trust and Chelsea FC and soon broadcast too. We’ve got repeat commissions from a lot of the people we’ve been working with over the last number of years – even during lockdown - which is amazing. We match income from that with grants from organisations like Arts Council England and Lottery Heritage Fund, and we still receive some grants from Swindon Borough Council to support our practice.
It supports our Talent and Outreach programmes, which link to whole communities sometimes but certainly connects with specialist young people’s groups, perhaps who are vulnerable in different ways. They then get guided towards our Talent Development opportunities, which can run from primary age right through to people going into higher education or apprenticeships and then returning as graduates into a programme we’ve got called Create Futures, which is supported by Esmee Fairbairn Foundation.

Those young people are being bridged into their first paid employment opportunities and they are also then mentoring the younger ones through the outreach programmes and talent development. It’s a virtuous cycle that we’re really passionate about and has worked really positively for our young people.

Fed: Why is having an impact on people and community so important to you?

Shahina: As a production company, I guess we could just be looking at the next production but I think it comes down to the heritage I was talking about earlier. Create Studios began as a media organisation whose focus was around how to let real people develop skills and access to a voice within moving image. We’ve grown through that ethos and our leadership has emerged through that practice. I guess having an impact is also so important to us because we have managed to retain people who came through our Talent programme, and so the people wanting to return to Create are also very aware and passionate about the opportunities that they had and want to keep those roots alive.

It’s like a stick of rock - the words Inclusion and Talent run through who we are and everything we do. With economic situations changing and the shift in where grants are coming from and how much will be available, our production income in the Professional Production strand will probably become more significant in keeping us economically viable as an organisation. However, as a leadership team, we are committed to retaining that Inclusion and Talent strand because we know that our creative output is enriched by having diverse voices and diverse experience within our team and our activities.

For us to lose that would not only be a great shame because of our heritage of Inclusion but it also wouldn’t make sense for thriving in terms of the production company that we are now, and that we want to be in the future.

Fed: From your perspective, what are the benefits to a business of having a diverse workforce?

Shahina: A diverse workforce has grown and emerged for us. People sometimes approach us and ask us to speak on Boards because of our diverse team and want to emulate it. But for me, it’s really not rocket science. We have a diverse leadership and our team is diverse and that has grown because we’ve had a consistent commitment to our inclusion and talent development work. We’ve grown a pathway and we have a pipeline for diversity within our organisation and it’s not something we’ve just cherrypicked because we suddenly realised it was important. It has been integral to us from the beginning.

In terms of the benefits to having that diverse workforce, it’s around voice and it’s around perspective and it’s around experience. Our strapline is: ‘we tell compelling stories with creativity and compassion’ and that comes from having a diverse workforce, including ethnic diversity, gender and orientation diversity, as well as mental health diversity too. We’re diverse when we show up as a crew, and we look and feel relatable in a way that perhaps other crews might not.

Fed: What do you believe are the next steps to be taken to improve access to industry for diverse talent?

Shahina: In terms of building a diverse workforce more broadly, so that someone like Create isn’t the exception and diverse teams become the norm, I think it’s got to be about intervention. What I feel is that the sector has been focusing its effort on is people who are already in entry level roles and already in the industry - and that’s great, to help them grow and progress and be mentored - but I think what’s going to be the game changer is focusing on the pipeline. Unless young, diverse people see people come into their schools through careers, through working with artists and activity, and unless they’re seeing people who look and feel like them who have been successful, I’m not sure they would be thinking about a career in the creative industries.

I know there is some great work happening but I think it has to be more than saying ‘the creative industries are here and they’re really interesting and you can be part of that world’. That’s an important first step but I think it’s got to be organisations like Create - and there are some around the country and there needs to be more, and they need to be better resourced - who are doing consistent programmes out of school time, with age 11 and upwards. These organisations need to be able to grow them, so that from their diverse backgrounds, they can compete for the best higher education and apprenticeship opportunities. So it’s all about the pipeline being resourced fully and not solely relying on social enterprise models like Create.

Fed: What is your advice on managing a network of partners and participants who are  a combination of ‘ordinary people’ as well as big brands and famous personalities?

Shahina: We’re a very typical production company; we’ve got a small core team of four people and then we have a wider freelance network and associates who we bring in on different projects. At one point, as a team, we were having an internal dialogue around capacity and separating responsibility to help with people’s headspace, but what was really interesting was the resistance to splitting it off. People really value the connectivity between the different parts of the work that we do.

So, for example, we wanted to make sure that on a shoot with Chelsea FC - which was a really high profile shoot for us - some of our young talent were involved and the client really loved it. We’ve had other national brands wanting to work with us because of the talent development work that we’re doing and they love that the young people are there on the shoots. It’s an ethos that runs across the organisation: how we can integrate young people from the talent strand into our high-end work.

Fed: What are your plans for 2021, to continue supporting diverse young people?

Shahina: What I’m most excited about right now is that we are able, through the DCMS/ACE Cultural Recovery Fund, to support two new apprenticeship roles and through the Kickstart programme, we’ll also be supporting four new paid roles. They’ll be industry entrant roles for young people that are going to enrich our team during our super busy time as we get back on top of production post-COVID. This is what it’s about for us - making real opportunities for real people. If a small organisation like Create can be making six opportunities in the next six months then I think we can really throw the challenge out wider in the sector to some of the bigger and more established production companies out there.

Fed: What is the most rewarding part of working with the next generation of talent?

Shahina: I’ve had the privilege of being linked to Create in different ways over the past 25 years and in that time, you literally see people grow up. There are people who I know were here as 11 and 12 year olds who are now working in the sector, or working as freelance associates for us, or they’re mentoring people in their own right. It’s just incredible to see that; it’s all about seeing people flourish. It’s so exciting knowing that we’re not only growing talent that is enriching our own organisation and our own region but also that they are out in the wider sector, hopefully taking that ethos of making chances for other people with them.

David Yates is one of our patrons and one of the first young people we funded to make their own short film. He went on to the National Film and Television School and then went into broadcast work. He eventually became the person who directed most of the Harry Potter films. We caught up with him over lockdown because he wanted to see how he could help us with our plans going forward - and because he’s a really lovely person! That’s just one example of the trajectory of people who were grown from our organisation when it launched 35 years ago and that’s just so amazing. It’s so rewarding to have been around long enough to see talent grow across all different sectors in all different ways.

To find out more about Create and the fantastic work they do to support the next cohort of creatives, head to www.createstudios.org.uk. 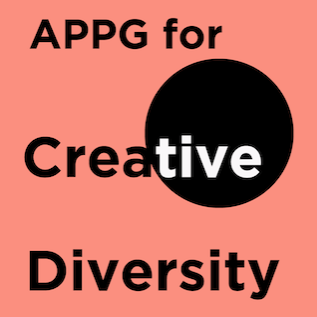