Federation Diversity Spotlight: 4. Ammo Talwar MBE on the past, present and future of UK music

In the latest of our Diversity Spotlight series, we’re pleased to be talking to Punch Records CEO and UK Music Diversity Taskforce Chairman, Ammo Talwar MBE. Ammo’s journey into the music industry began when he opened his own vinyl store in the late-nineties, with a focus on Black music. Today, Punch Records is a leading music and arts agency working tirelessly to support learning, connectivity and equality within the sector, still with Talwar at the helm. Ammo is also the chair of the UK Music Diversity Taskforce and we’re catching up with him not long after the campaigning and lobbying group released its latest workforce Diversity Report, revealing some “stark”  data about the UK music industry workforce…. 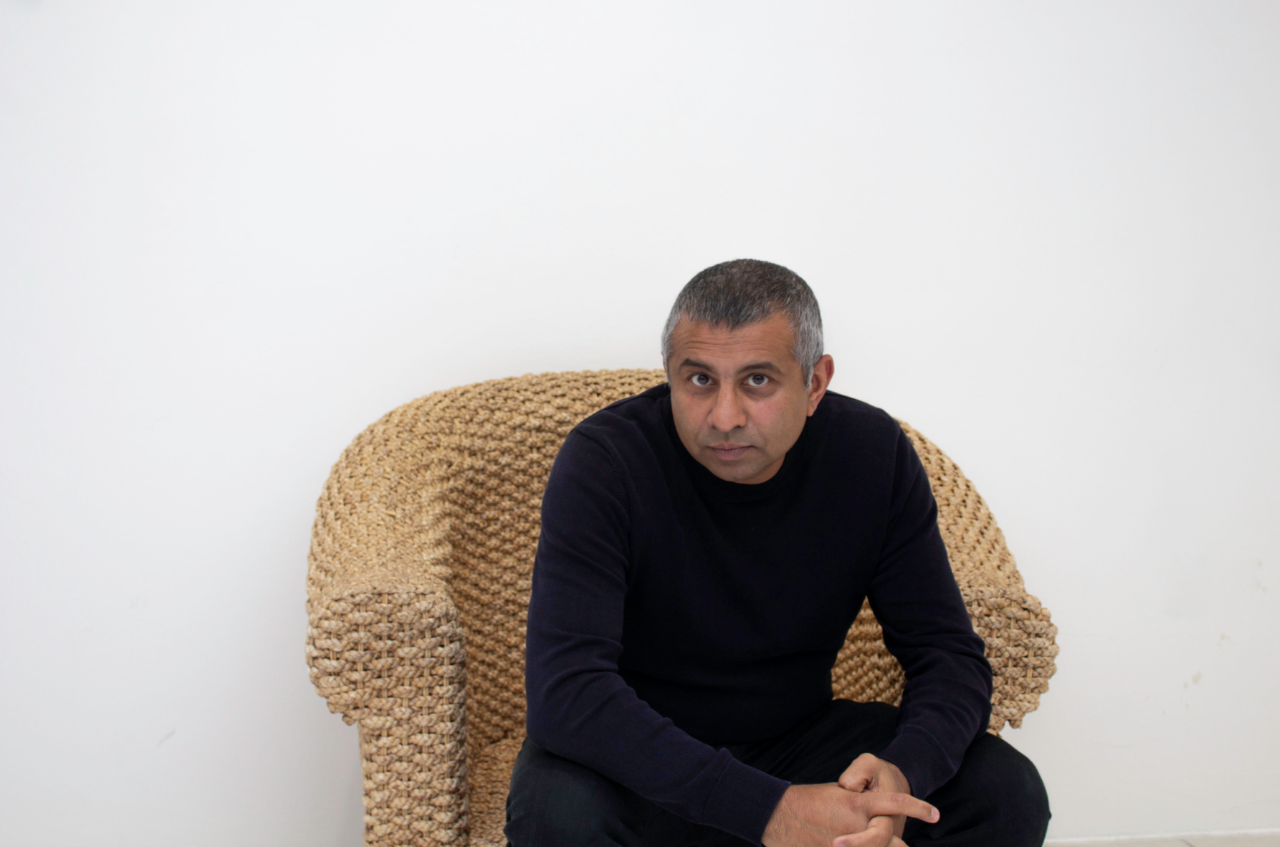 Fed: Tell us more about why you decided to leave a career in civil engineering to open up a record store…

Ammo: It’s really simple. I graduated and went to work as a CAD/CAM designer and I used to design high security doors for prisons and hospitals - they used to call it technical drawing back in the day - but I always loved music in particular Motown. My brother used to manage this artist called Apache Indian and I saw what he was doing - he was travelling the world and I was designing doors. I really wanted his lifestyle,  I didn’t know what to do and I wasn’t a manager at the time so I opened up a record store with the help of the community, some of my relatives and a little bit of money from the old ‘bank of mum and dad’.

For the first couple of years it was really hard because we couldn’t identify what we wanted to sell; we used to sell everything from Oasis to Public Enemy at the time. In that period, the competition was great and after a year, we realised we couldn’t really compete with the majors including Tower Records, Our Price etc so we became a specialist vinyl store that looked specifically at multiple genres based around Black music. It was more than a music store though, it was more like a cultural hub and a place to hang out.

Fed: Tell us more about the Punch Records ethos and what the brand stands for…

Ammo: We’ve always believed in access, community and we were very aware of things that put people off coming into record stores, like having a big bold high counter and loads of blokes stood outside looking down, which could be quite off-putting for new customers - especially women. So I designed the store in a particular way; I designed the store to be quite warm and there was a natural route for you to come into the shop, walk around and then come to the counter last. We wanted people of every colour, every creed and every gender to have access to new music, and we’ve also always been about breaking down that monopoly of having to be rich to buy records, sometimes you could buy bootlegs behind the counter if you were a regular. We were major collaborators too so whilst we were ultimately selling records, we wanted something more than just a record store. We wanted to be a record label and work in events and education - and to motivate more.

Fed: What are the main changes you’ve seen within Black Music, Arts and Culture since opening Punch Records in the late nineties?

Ammo: I think from a UK perspective, we’ve had a few new genres that could only come from the UK. So if you look at the growth of UK music and look at the growth of, say, grime in the last 20 years, you see this massive energy of DIY culture that has really embraced the diversity of new sounds and sonics. The good thing about living in the UK is that we’re not scared about creating new stuff and the cultural mix has created these new sounds - we’re just a small island that has this global influence and because we’ve had such a strong migration of communities from places like Jamaica, culture and sounds have been soaked up and remixed. That culture and influence has created new sounds which we are now proud to be able to say are UK sounds - UK garage, UK 2 Step, Grime, UK Rap, UK Drill and other sounds are all charting and touring across the globe.  And Stormzy headlining Glastonbury and Dave's performance at The Brits are life changing moments for diverse communities. I’m quite positive about the next 10-15 years too because I think we’ll see our family tree of Blakc music within the UK grow and that’s exciting.

Fed: Tell us more about your position on the UK Music Diversity Taskforce…

Ammo: UK Music is an overarching campaigning and lobbying organisation that represents every single part of the commercial recorded and live music industry. I chair the UK Diversity Taskforce, which fundamentally looks at diversity across all its member bodies and further afield. It’s about the workforce, it’s not about what’s on stage, it’s about those working behind the scenes and trying to make sure we are more reflective of the cities and towns that we live in. 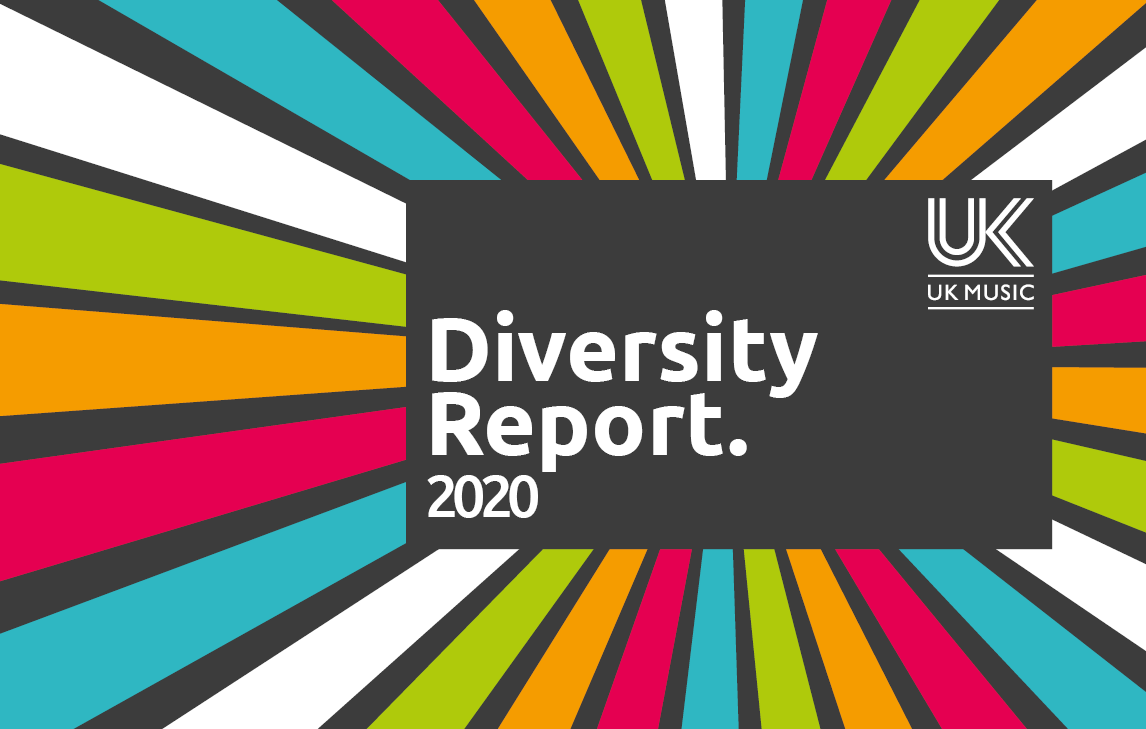 Fed: UK Music launched its latest Diversity Report in October 2020 - what did the findings highlight?

Ammo: We issue a survey and report once every two years and we put out a major report in October (2020) unpacking data collected from the music industry and being respectful to lived experience of communities whilst understanding what’s happened in 2020. It’s a major survey and the only one in the UK which looks at diversity of the workforce across all its protective characteristics such as gender, LGBTQ+, race, disability and all the other things we care about. The results came in and we triangulated all this data and info.  There have been some small positive changes in the music industry but on the whole, we need to do better in areas of race, gender and disability.

We know that there is a big challenge when it comes to particular communities moving up the ladder and we need to do better on women getting into senior roles. There’s also a major struggle on ethnic minorities getting into senior positions; there’s a huge inequality on disabled colleagues even working in the music industry; and there are disparity issues around income for minority communities and women. On the flip though, there is some good stuff happening as well and we’ve put a really big action plan together on the back of the report to challenge the music industry and also hold the sector to account.

Fed: Tell us a bit more about the 10-point plan and what its main objectives are?

Ammo: It was co-designed and developed with the music industry so we’re not bashing people over the heads with diversity, we’re just saying let’s look at how we can work on this thing together - because we all care and fundamentally want to do better. The 10-point plan has been received very well by most of the music industry - the sector has bought into it and every single CEOs and Chair has signed up for it. It’s all about actionable metrics and evidence-based change. There are some really big things in there. For example, we want transparency around the gender pay gap and we want to look at sharpening people’s policies.

There’s also some really simple stuff that can move the dial at pace.  We need to stop using the acronym BAME and be more granular in conversations. We need to find out who’s accountable and who’s responsible for diversity. We need to make sure that we commit some strategy and some investment into new recruitment but also training. If people have unconscious bias, we need to sort that out too. We need to question why there are blocks - is it because of policies, or is it because a work environment doesn’t allow someone to have a family and take on a senior role? There’s no point creating a plan just based on data because data only gives you one narrative - you’ve got to talk to people and then you’ve got to absorb a lived experience narrative and triangulate. It’s a robust plan and it’s a plan that we see as being received very well, and hopefully other sectors can learn from our process and application. 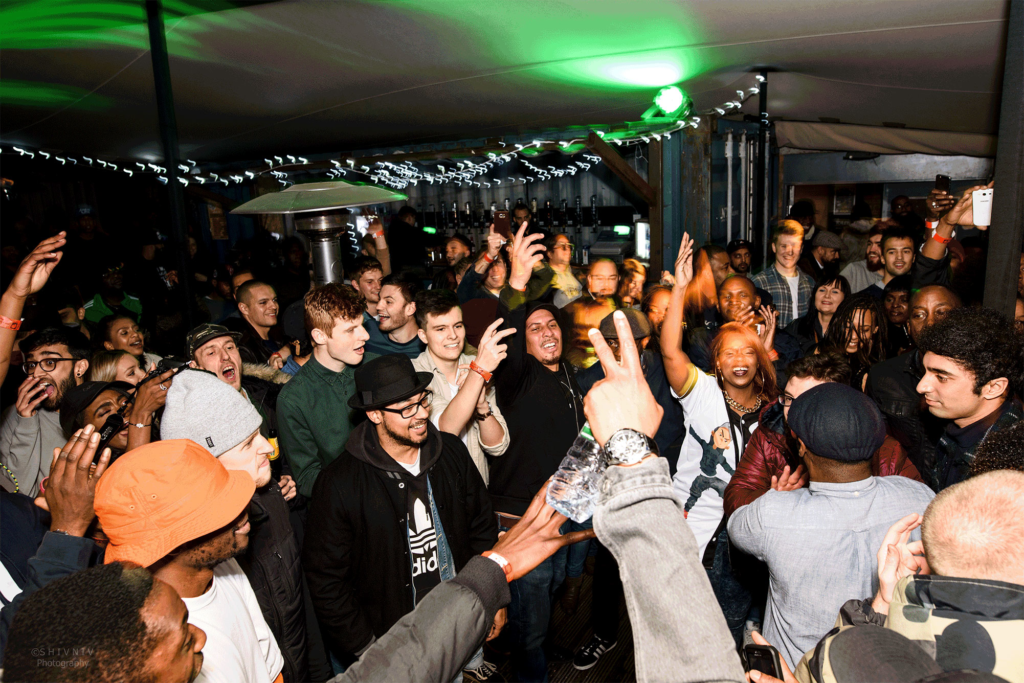 Fed: The 2020 COVID-19 pandemic opened more eyes to the world of virtual events and digital entertainment - how do you think this will impact representation of diverse talent in the music industry of the future?

Ammo: It’s our job as UK citizens who work in the creative economy to keep diversity & inclusion top table, especially on the back of what’s happened with COVID-19. It’s too easy for people to just say we need to rebuild the sector - yes, we do, but we need to build it better and different. The modelling has changed because of the pandemic so actually, we’ve got a chance now to look at things from a different perspective and time to think about not just what’s right and what’s wrong but also what our individual roles are in all of this. Not everybody wants change - we know that - and this isn’t about dismantling every single component of power; it’s about examining where power sits, where decisions get made and what the diversity of thought is behind that decision-making process. 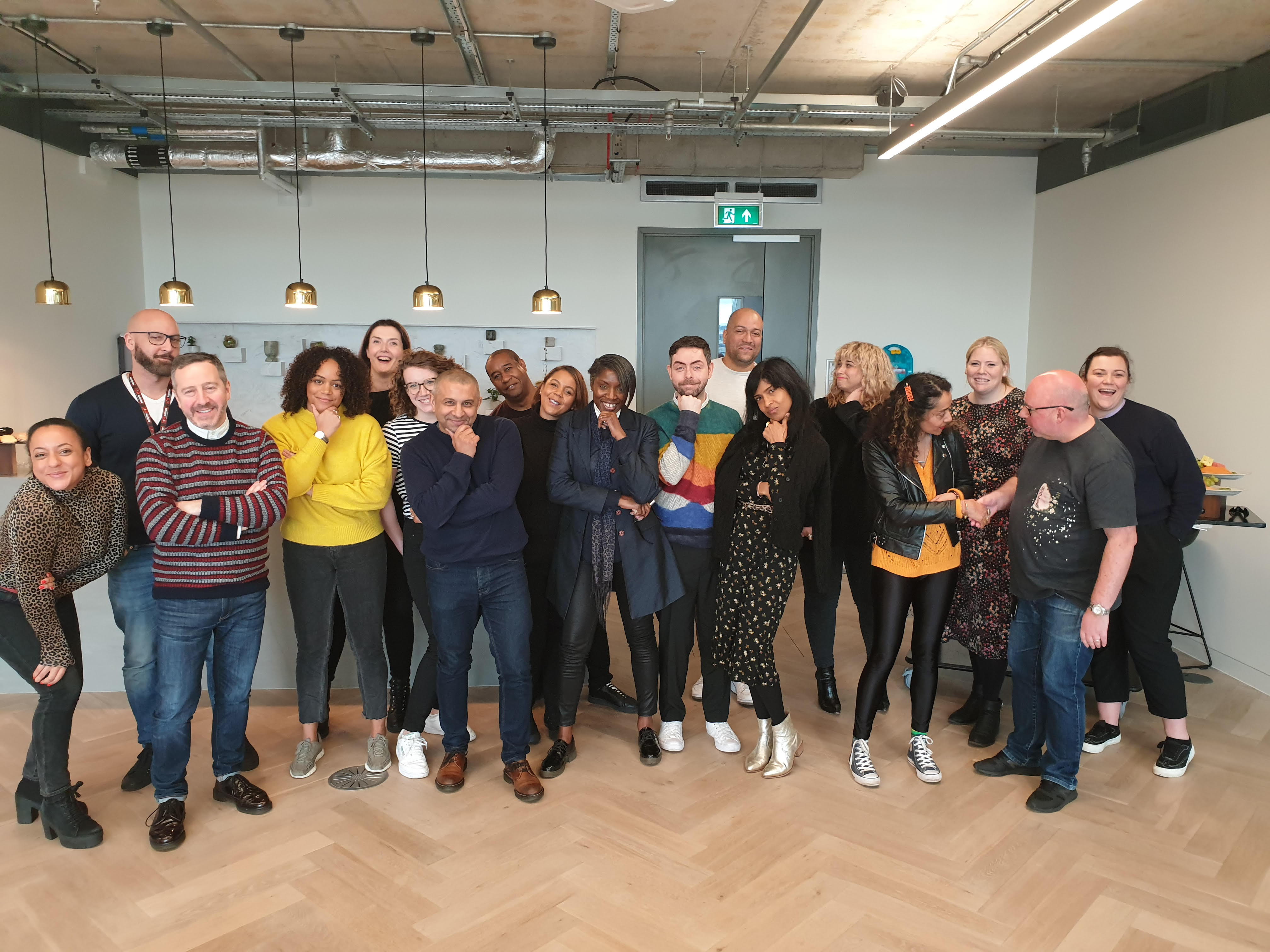 Fed: What do you believe are the next steps that need to be taken in order to move diverse talent more into the forefront?

Ammo: The first question we need to ask ourselves is: do we really want to do this? The second question is: how are we going to do it? We all need to move into how-mode and remember that small companies can do magical things - they can share resources around and training, they can look at ways of advertising collectively, they can work with new agencies. Everybody has a supply chain and perhaps it’s time to influence that supply chain. Perhaps it is about people leaving certain positions on boards and making way for new voices.

Each organisation has its own area of work that can help shift the dial, but I believe in the individual and ultimately, I think it’s about individuals making really powerful small moves towards change within their own organisations. I’m positive about 2021 and how we move forward. Creative industries and the music industry are growth areas and I’m excited about how we’re all ensuring we’re protecting artists, IP and creatives to ensure that there’s a fair ecosystem of finance and influence. I’m excited about people being able to experience that emotional connection of listening to music with friends in large groups again too, after a year of hardly any interaction. We want our culture back now. 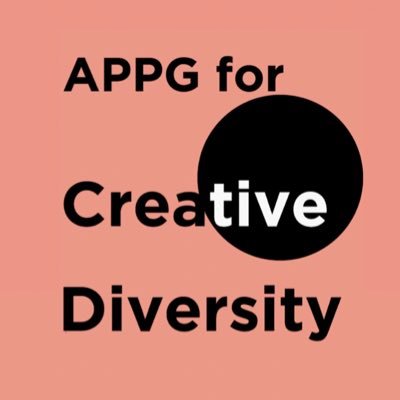 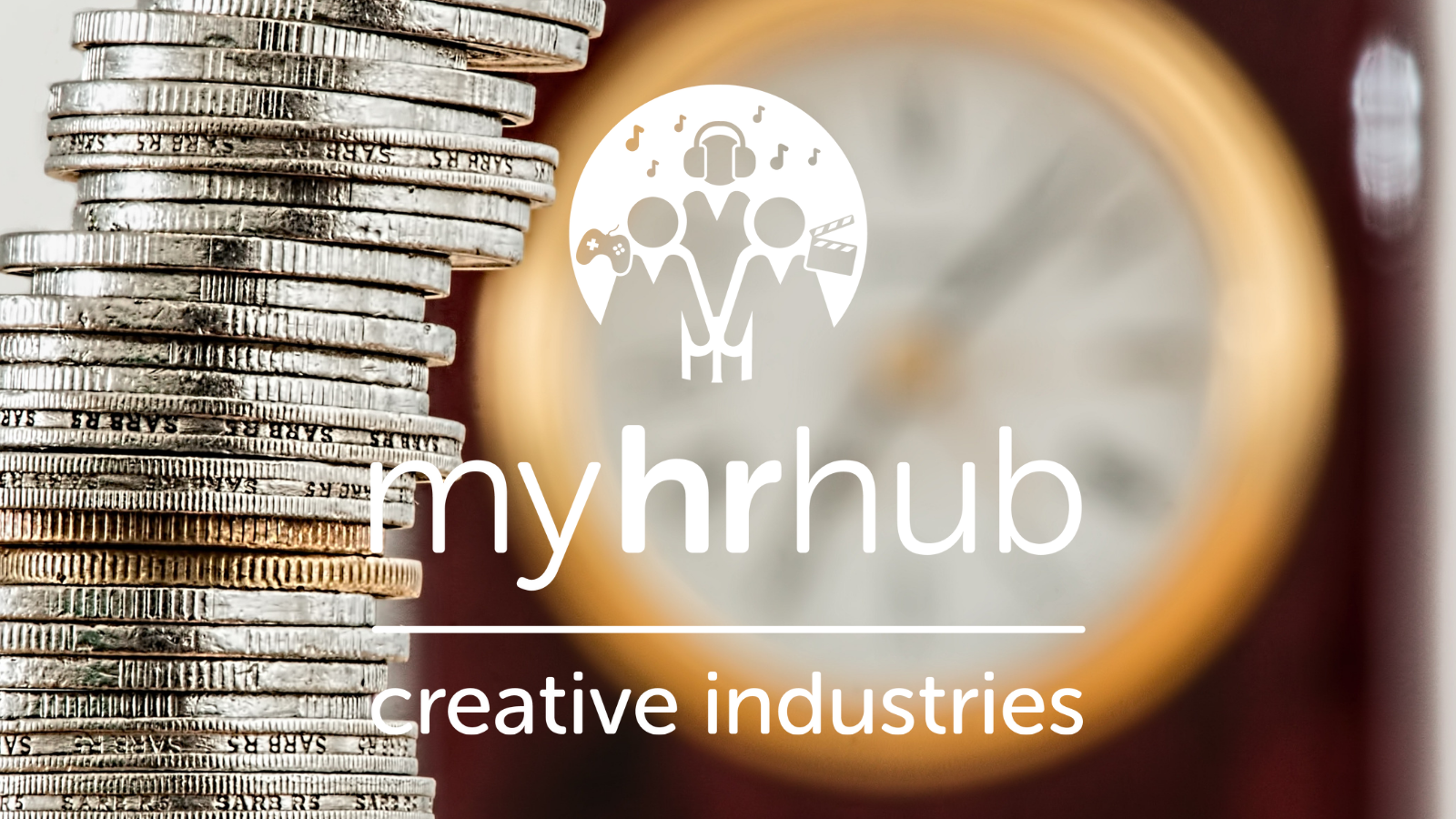