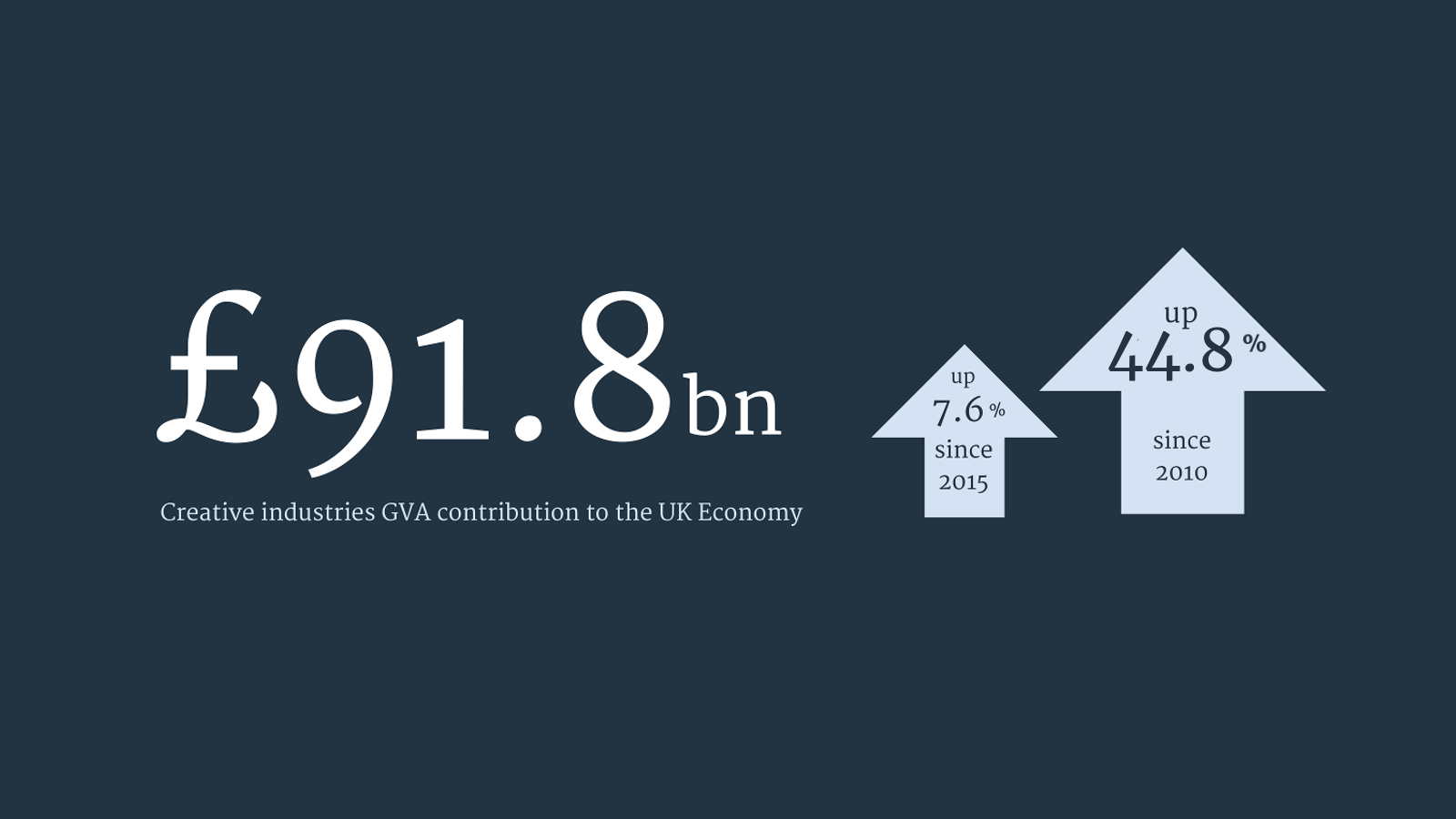 Creative industries grow at twice the rate of wider economy

The Creative Industries Federation today welcomed new economic growth figures that show the creative industries grew at twice the rate of the wider economy in 2015-2016.

The sector is now worth £91.8bn in Gross Value Added (GVA) to the UK - more than the automotive, life sciences, aerospace and oil and gas industries combined. It grew by 7.6% over the 2015-2016 period, compared to a 3.5% rate of growth for the economy as a whole.

This means the creative industries are worth more than seven times the UK’s gross annual contribution to the EU and would pay for the estimated Brexit divorce bill of €50m twice over.

The creative industries now make up 5.3% of the UK economy.

“These are impressive figures and testament to the innovation and resilience of this sector and its contribution to the wider UK economy.

“But it should be noted that these figures are for the period before the EU referendum. These fantastic growth rates demonstrate all the more the importance of protecting our sector from threats such as Brexit and growing skills gaps. The Federation will continue to make the case for the measures we need to support continued growth.

We trust that the 2016-17 figures will show no adverse consequences arising from Brexit.” 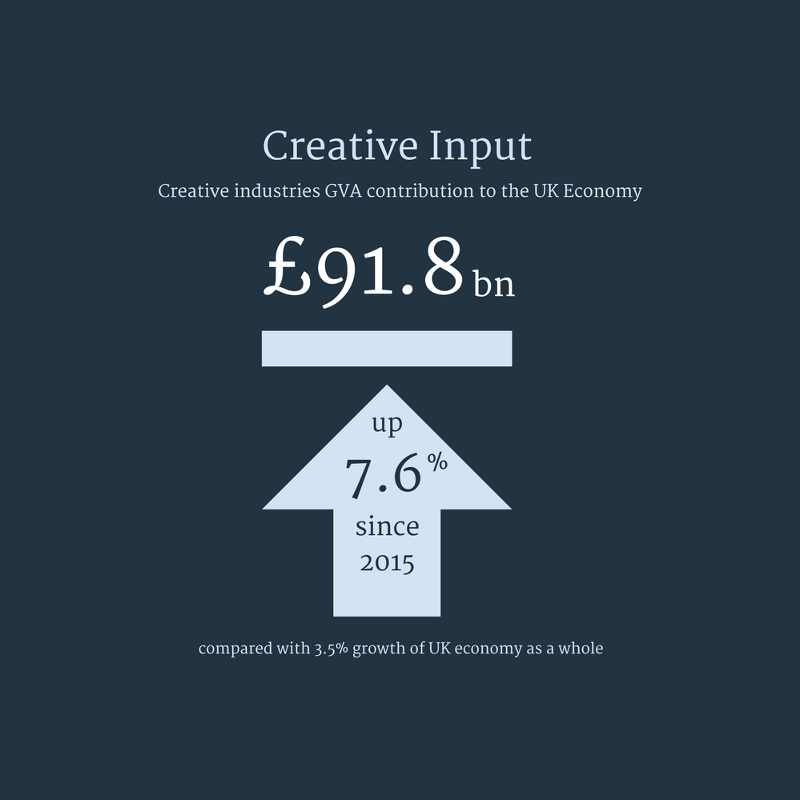 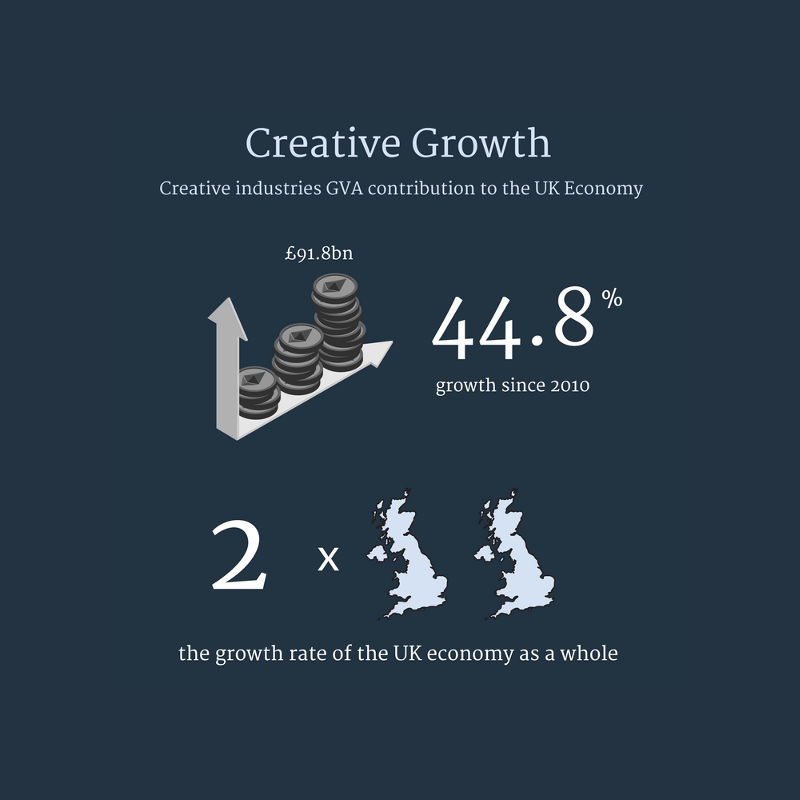 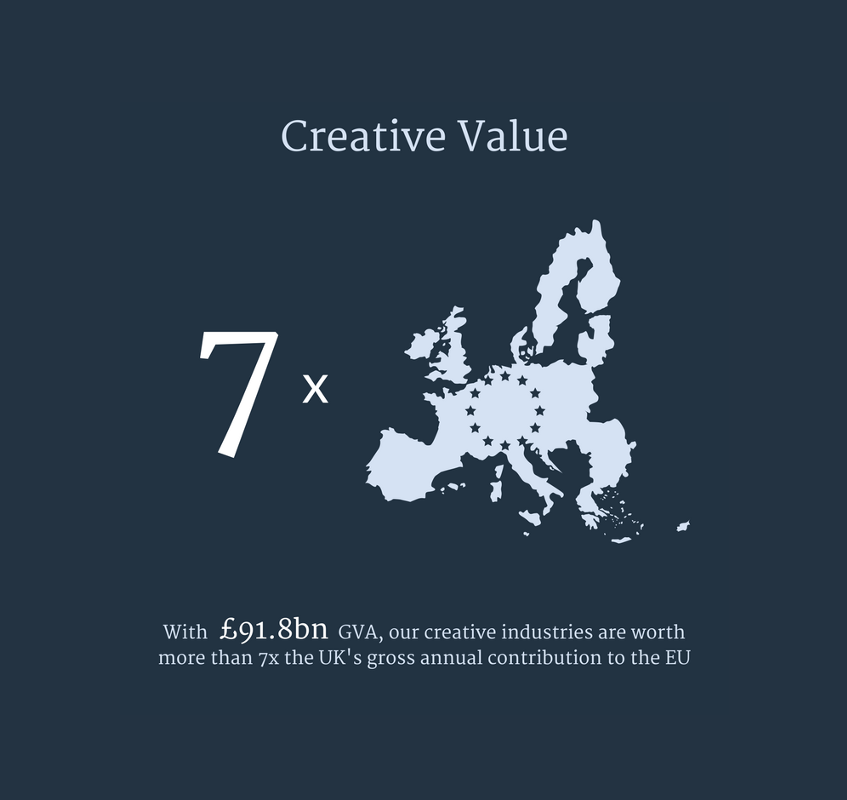 Brexit deal is essential to ensure continued growth of the creative industries
The Federation responds to the latest DCMS employment and trade statistics.
More
Economy 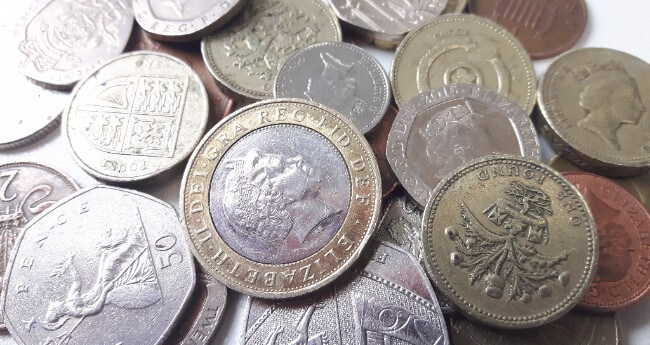 Creative Industries Federation response to the Budget
John Kampfner, chief executive of the Creative Industries Federation, said: “The Budget rightly recognised the need for an education system fit for the economic challenges of the 21st century but the devil will be in the detail of the new T-levels.
More
Newsletter
For regular updates and other information please sign-up to receive our newsletter